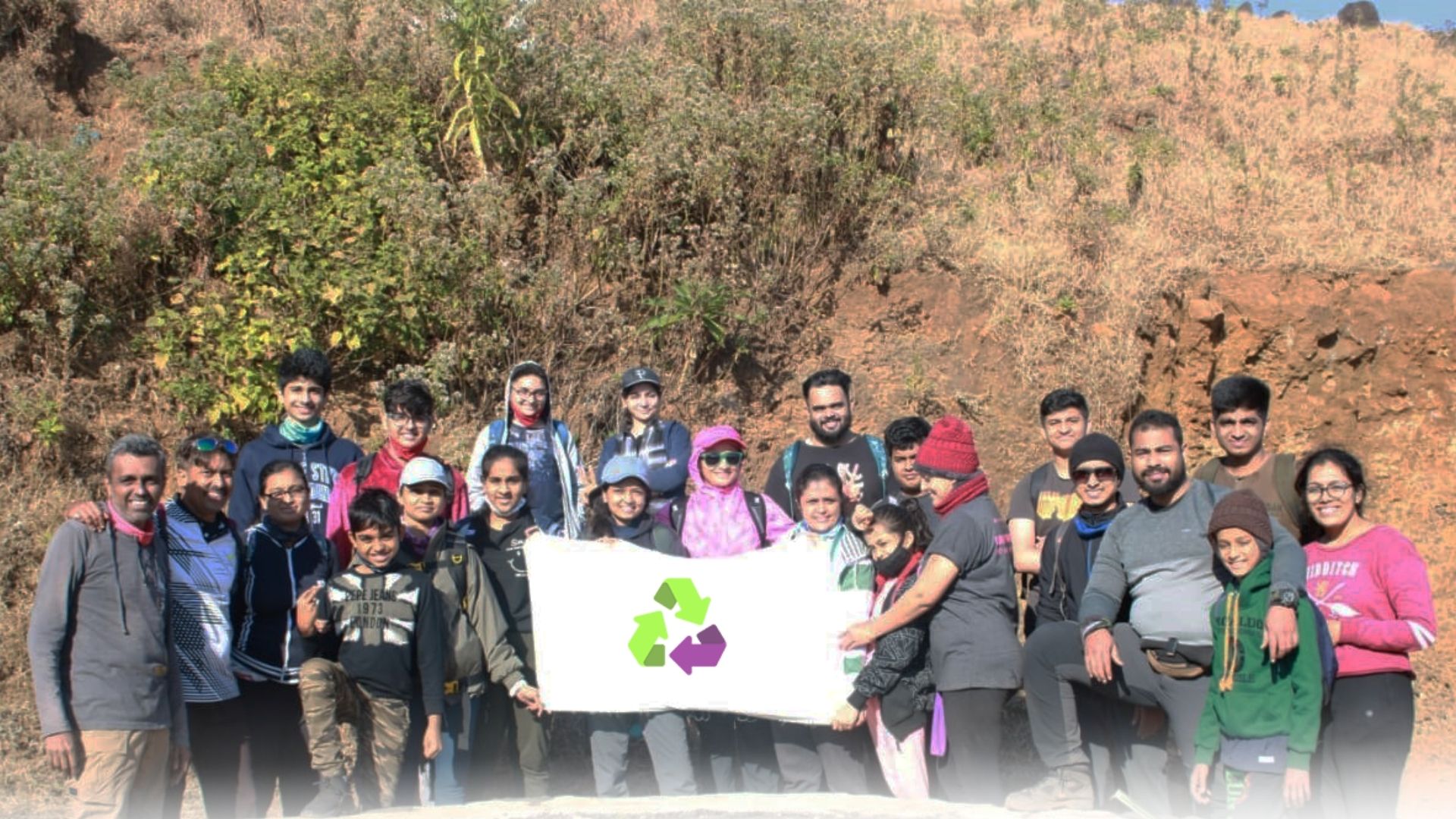 The One where We Trekked for Nature..

Till now, Ecopurple has been blogging about several communities that are doing their bit for the environment. But today, this blog post is to highlight Ecopurple’s very own initiative: Trek for Nature.

On 25th December 2020, Ecopurple organized a Clean-Up Trek under the initiative – “Trek for Nature”. Teaming up with one of Mumbai’s trusted trekking communities: Trekmates India, 24 of us set off to the highest peak in Maharashtra, mount Kalsubai.

Kalsubai, although being a beautiful mountain was loaded with trash! We found numerous single-use bottles, bags, wrappers, slippers, shoe soles, metal scraps, etc The most amount of trash was unfortunately in places inaccessible to us. It was disturbing to see such irresponsibility. However, we did all we could and collected as much waste as possible. Together, we managed to collect 7 big bags of trash. People were noticing us. A few even picked up wrappers and discarded them into our eco-bags. This showed us that our job was done. Our Clean-up trek managed to spread awareness!

The Initiative didn't End there though..

A cleanliness drive makes more sense when you not only clear the trash but also discard it to its rightful place. Happy to say, our Clean-Up trek stayed true to this ideology.

After the waste segregation, we carried the trash bags back with us to Mumbai to donate the waste to Sangam Pratishthan.

Sangam Pratishthan is an NGO that educates and works on environmental issues and waste management. It was generous of them to provide a pick-up service for waste collection and in ensuring that the trash will find itself where it belongs.

Although we collected only 6 bags of trash, Ecopurple acknowledges the efforts put by the participants. What’s more satisfying is that Sangam Pratishthan made those efforts even more meaningful.

Trekkers can be significantly irresponsible and disrespectful to our beautiful natural world. Mount Kalsubai is one of the biggest evidences to prove this claim. Nevertheless, Ecopurple‘s initiative to Trek for Nature intends to shed light on this issue. One mountain at a time.

That said, Ecopurple isn’t the first to do this in India; there are other communities who have taken such an initiative that, too, on a larger scale. A part of the inspiration to organize this Clean-Up trek stems from those handful communities (Healing Himalayas, Trekker Warrior, Indiahikes, etc).

You see, when it comes to organizing a cleanliness drive, beaches and cities get most of the attention. While that isn’t wrong, mountains, however, rarely make the cut. Thus, such clean-up treks although small, are important to create awareness and induce the ripple effect of acting responsible.

Hello fellow earthling. I’m Sharayu, the face behind Ecopurple.co, a domain where I promote positive green efforts, brands, people, and communities.
I believe, when it comes to our planet, there’s still hope for us. I choose to believe in optimism over pessimism because our environment, specifically our world, needs more of that.
Let’s do our part and co-exist with our ecosystems.
Also, do support Ecopurple 🙂

Colors are known to signify emotions; they have a meaning, a purpose. Likewise, the color purple symbolizes creativity, luxury, extravagance, etc

Hence, Ecopurple – eco-creativity, is designed to showcase stories, products, creative green initiatives, and give them a shout out.

The doors are open for all of you who can add value, and contribute to Ecopurple by sharing your sustainable crafts, or stories. Your eco-creativity will be featuring with pride!